In order to move the fruiting area of the vine slightly away from the cordon it is desirable to make the first dormant pruning cuts on the side shoots coming off the cordons (arms) at ten inches on the single wire trellis and six inches on the Geneva Double Curtain System. This will allow the cluster of grapes to be far enough away from the cordon for easy harvest of the grapes and improve air circulation.  Shoots coming off the cordon at about a 45 degree angle are the ones preferred for forming the spur system. Shoots coming straight up or straight down should be removed if not needed. In subsequent years, the previous season’s growth should be cut back to two to four buds to keep the canopy from becoming too wide. 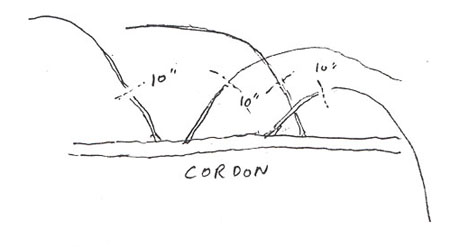 Figure 11. Prune the arms at 10 inches from the cordon.

Pruning the arms at 10 inches from the cordon the first winter they are formed is recommended for the single wire trellis system (Figure 11). This widens the canopy and moves the fruit clusters away from the cordon for easier picking. In future years, prune the current season’s growth back to 2-4 buds, however.